Important alerts
17 September 2020 Renovations at City Hall City Hall will be closed during the renovations (October 2020 to February 2021). AS OF SEPTEMBER 28, City Hall's reception desk will be relocated at the Municipal Garage, 209 rue Sainte-Anne. To meet any other employee, please make an appointment before at 514-457-5500 or info@sadb.qc.ca.
1 September 2020 Warning : Water pressure drop - Work carried out by the Ville de Montréal and the REM project could cause a drop in pressure on the city's water system. Unforeseen events cause additional delays on the work which should be completed at the end of October.
Partagez

Connection work between the Highway 40 service road and rue Frédérick-Back will take place from Friday, October 23.

Rue Frédérick-Bach will not be accessible during the weekend of October 24 and 25, and there will be a narrowing of the service road of Highway 40, near exit 41 Sainte-Anne-de-Bellevue / Boulevard des Anciens-Combattants.

Users will be able to reuse the access to rue Frédérick-Bach as of Monday, October 26, early afternoon.

From the beginning of October 2020, until February 2021, City Hall will be closed for major renovations.
The employees and the various departments will be relocated for the duration of this work.

In effect until the end of October

Work carried out by the Ville de Montreal and the REM project on Chemin Sainte-Marie could cause a drop in pressure on the city's water system until the end of October.

We thank you for your understanding and cooperation.

Every year, as part of its maintenance program for the water main system, the City of Sainte-Anne-de-Bellevue rinses pipes throughout the city.  From Monday, September 9th to Friday, October 11th, the Public Works Department is inspecting the fire hydrants throughout the City.

These interventions may cause rusty colored water. Simply let the cold water run until it clears up. We advise you to do your laundry in the evening or on the weekend to avoid staining your clothes.

For more information, please contact the Public Works Department at 514-457-6844 or by email at info@sadb.qc.ca.

The repair work on rue du Collège (between rue Sainte-Anne and rue Christie) will begin on Monday, September 14th and will continue until November 1st, 2020.

This reconstruction work includes the replacement of the water and sewer pipes and the resurfacing. The contractor commissioned to carry out the work is Pavages d'Amour inc.

The works will be carried out in 3 phases. Depending on the phase, rue du Collège (between rue Sainte-Anne and rue Christie) will be completely or partially closed to traffic. Signs indicating the detour route will be installed. The detour could change depending on the part of the street the contractor is working on. See the plans for the detour routes below.

Note that on-street parking will be prohibited.

Water cuts may be expected during this work. If this is the case, affected residents will be notified in advance by the contractor.

**IMPORTANT INFORMATION FOR RESIDENTS OF THE SECTOR**

For any questions about this work, please contact Mr. Hani Abdelkader, Civil Engineering Project Manager at the City of Sainte-Anne-de-Bellevue, at 514-298-5545.

The Ministère des Transports informs road users that it will begin a new phase of repair work on the Île-aux-Tourtes bridge on Highway 40 starting July 13. A first phase, until September, will consist of replacing the lampposts and dismantling the central mall. Night closures of two out of three lanes, one direction or the other, will be required during construction. Construction works will take place until spring 2021.

Traffic management - From July 13 until September 2020

* At all times, trucks will not be allowed to drive on the right shoulder in both directions.

For the second phase of the works, a new traffic management will be implemented. A press release will be sent later.

In the event of unfavorable weather conditions or operational constraints, this work could be postponed or canceled. Note that the posted speed will be reduced to 90 km / h at all times on Highway 40 in east and west directions. In order to adequately plan your trips, find out about current and future obstacles by consulting Québec 511.

The Ministère des Transports informs road users that a long-term change in configuration on the Île-aux-Tourtes bridge of highway 40 between Vaudreuil-Dorion and Montreal will require a new exit route from the city center of Vaudreuil-Dorion, from avenue Saint-Charles and boulevard de la Cité-des-Jeunes, for heavy vehicles bound for the island of Montreal (highway 40 eastbound).

Starting August 8th at 8 a.m. until the end of fall 2020, the new mandatory detour in effect will route heavy vehicles to the Highway 40 eastbound entrance near Saint-Charles Avenue.

Note that trucks must stay in the left lane in both directions on the Île-aux-Tourtes bridge.

Here is the visual of the detour path:

The reconstruction of the Île-aux-Tourtes bridge is in the planning stage, as indicated in the Plan québécois des infrastructures 2020-2030. Until this major project is completed, other interventions are planned to keep the infrastructure functional and safe.

The Ministère thanks road users for their cooperation. For the safety of road users and that of workers, compliance with the signs in place is essential.

As of Wednesday, June 17, there will be a complete closure of the eastern lane on ch. Ste-Marie (between Morgan and the eastern limit of the City) for REM works.

Detour sings will be installed during the closure. See the photos below.

Parks Canada wishes to inform the public that major work will occur this year to the upstream jetty at the Sainte-Anne-de-Bellevue Canal National Historic Site. The jetty was closed following the severely damaging floods of 2017 and will undergo significant rehabilitation work. The planned work will be carried out from approximately mid-May, to November 2020.

Parks Canada’s efforts include repairing sections of the jetty’s walls, installing structural concrete slabs, curbs and guardrails, building pedestrian trails and installing new lampposts. The jetty’s surface will also be replaced with concrete and wood inserts, as these materials are more resistant to spring freshets and flooding.

Parks Canada’s visitor services, including reception, information, lockage and mooring, are currently suspended until further notice in an effort to limit the spread of the novel coronavirus (COVID-19). However, additional temporary closures of the affected areas will be required throughout the duration of this work. Once the navigation season has reopened, access will be maintained for boaters, although the work may cause occasional disruptions. Noise and dust are also anticipated, as is the transportation of materials in the evenings and at night.

Public safety is a priority for Parks Canada. As such, work sites will be clearly identified and secured and visitors are asked to be patient, exercise caution and respect the temporary signage. Throughout the work, Parks Canada will work closely with its partners to minimize the impact on all users. Rest assured that the work is planned in a way to ensure minimal inconveniences.

As a result of completing this federal infrastructure project, $14 million will have been invested over the last five years to protect this valued site and to ensure safe, high-quality visitor experiences.

Nature of work :
NouvLR, the consortium in charge of building the Réseau express métropolitain (REM), will procede to construction work in Saint-Anne-de-Bellevue from Fall 2019 to Summer 2022.

For more information on the construction of the REM in Sainte-Anne-de-Bellevue, visit https://rem.info/en/works-info/sainte-anne-de-bellevue

In Sainte-Anne-de-Bellevue and the West Island, work will be carried out according to the following schedule*:

*The current sequence is subject to change without notice.

The announcement of the transitional strategy for users of the Deux-Montagnes and Mascouche train lines was released on February 28th 2019.

Datasheets for all sectors: https://rem.info/sites/default/files/document/fiches-techniques-EN.pdf

The REM project aims to integrate harmoniously with its immediate surroundings, which is why more than 85% of the work will be carried out on public domain, on existing road and railway rights-of-way. At the same time, however, some brush clearing and deforestation work will be realized in two sequences, before March 1st and after August 15th, which are necessary so the REM rail infrastructure, stations and access roads can be constructed. In the next few weeks, branch removal and tree and shrub cutting will take place in your sector.

The image below shows the sectors where site cleanup work is required : 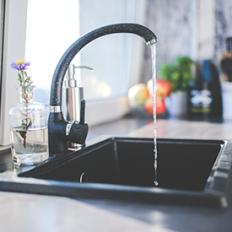 Send us your reading by email!
BEFORE OCTOBER 31